But Mormonism and dime-store philosophy of the Ayn Rand variety cannot truly explain the aura of chosenness that marks Mitt Romney. For this, we have to turn to that other iconic American institution: the elite boys boarding school. This is where our Romneys and other "leaders of tomorrow" are indoctrinated with one inviolable "truth": that the world is clearly divided between masses and movers and shakers, between an audience and actors on the stage. And, YOU will play the lead. It is where, under vaulted ceilings, marbled arches and on manicured playing fields, a rigorous education gels seamlessly with a daily incantation of Latin phrases about realizing promise, leading not following, but mostly about turning chosen boys into chosen men. 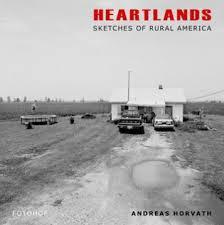 With the photos of Andreas Horvath, we get a eulogy to a culture on death’s door. The high grass, the beaten and weathered houses, the blank stares, the faded signage of cheesy optimism all speak to a grim reality few Americans wish to face. In one photo, a man stands with his chain saw between a stack of firewood and a tottering wooden frame house. Beyond, the open prairie looms. One is tempted to ask. “Hey, bro. Why bother with the trees? Just cut up the house.” The house looks so forlorn, so divorced from its original intent, that it seems resigned to its firewood potential. Above all, Horvaths’s photos challenge America’s notion of freedom which, particularly in the Heartland, is defended with so much bluster and hubris. Is it the freedom to own a small shack with a big yard? The freedom of an endless plain and open sky? The freedom to do what you want even if there’s nothing to do? Ultimately, American freedom, for all its nods to shedding the yokes of tyranny, has always been more about social mobility and economic advancement. In this respect, freedom has clearly failed the Heartland. The region has fallen victim to the same unsentimental laws of capitalism that it once so eagerly embraced. Not Reagan's rugged individualism, but the ruthless metrics of maximizing profit. Way too remote to seduce even the outer tentacles of exurbia, the Heartland looks fated to decompose: slowly, photogenically, and decidedly off the grid. 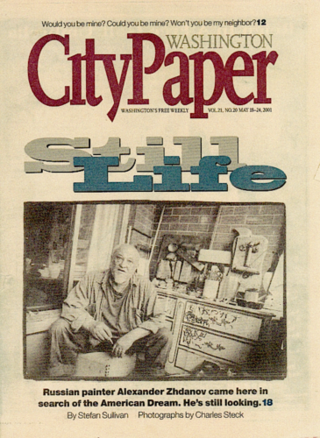 In a cloudy din of German industrial punk, cheap tobacco, and Uzbek skunk weed, amid a clutter of sculptures and old Wehrmacht helmets—some perforated with bullet holes—the two small rooms were packed with bearded freaks and a few hollow-eyed party girls. The freaks were swigging grain alcohol from coffee cups, smashing chairs, and sweet-talking the women toward the bathroom for animalistic release. These rituals of Russian courtship struck me as slightly slapdash, but I was there as an observer of the wanton spirit, not a guardian of virtue.

At some point, Zhdanov muscled his way into the living room, downed a cup of grain alcohol, and stretched his arms wide in that Slavic bravado style, screaming: "We are going to see the madam!"

The madam? I wondered, looking around the room. How odd—a bordello in Moscow, with girls this easy?

But Zhdanov commanded respect and swayed the crowd. So, just like the Keystone Kops, we piled into four taxis and zigzagged out to a prefab suburb—"in the ass," as Muscovites say of anything not downtown. And we were all screaming, "This is gonna be good!" out the window, to the dead of night.

We arrived at an apartment building and pounded on several doors, opened by gruff proletarian types with sleepy eyes and bushy mustaches, because Zhdanov wasn't sure of the number...315...351...153...until finally we found the right one. Squeezed tight in the narrow hallway, hungry for action, we were stunned into silence as the door was opened by a barefoot, mouse-whiskered little man holding a paintbrush.

"Oh, Lord in heaven, Zhdanov," he sighed. "What is all this ruckus? Why do you bring these people? I have nothing for them."

The mood deflated as we sipped tea and reviewed the latest works of Modom (neither Madam nor bordello): a series of dreary pointillist abstracts, reflecting, we were told, the painter's battle trauma from the Afghan war.